A blinking cursor can either be a daunting abyss or a jumping off point into something amazing. Sometimes embracing the unknown is just a matter of perspective.

It is fitting that the launch of 10th anniversary edition of one of the most revolutionary devices in modern times, the iPhone X, coincide with the publication of the first post for Sparx Publishing Group’s blog. As with this re-imagined iPhone, we’re not entirely sure where the blog will take us, but we nonetheless step forward into it dreaming big. 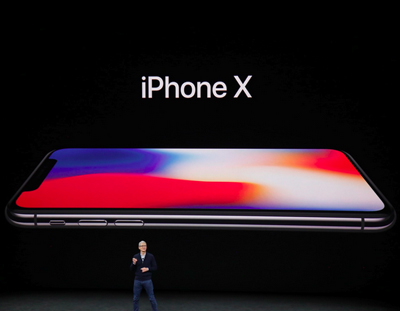 You might be wondering, then, why we chose to kick things off with a picture of a typewriter and lone ‘X’ on the page, and what that might have to do with the launch of an iPhone.

The connection is an interesting one.

Sparx Publishing Group’s offices are located in downtown Vancouver in what was formerly known as the historic Yorkshire Guarantee and Securities Corporation building (built between 1912 & 1920). After the Yorkshire Financial Corp decided to pull up stakes the space was then extensively remodeled and occupied by a marketing agency. 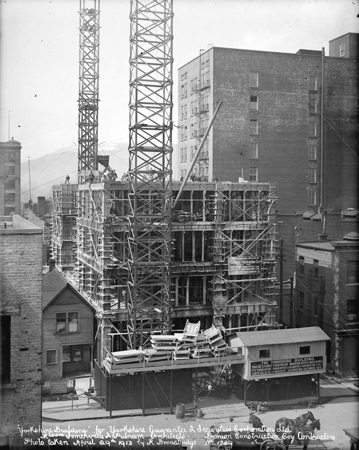 Snapshot of the “Yorkshire Building” under construction (circa 1913). Source: City of Vancouver Archives

And, while both the real-estate financiers and the marketing agency are long gone, reminders of them remain. There’s a crazy set of vaults embedded into the space and the wood paneling in our offices look like something straight out of the first season of Mad Men. In the process of moving into our current home, however, we also happened to discover a lot of discarded ‘technology’ abandoned by the marketing agency as junk.

Ironically, with the previous occupant being a marketing agency, a lot of what became marketing junk came from Apple. Despite getting rid of “old” Macs, CD’s filled with stock photos, server racks and old furniture (it took a team of four people two days and two very full disposal bins to get rid of it all), there was one item that we couldn’t toss. A Remington portable typewriter – the one pictured above. 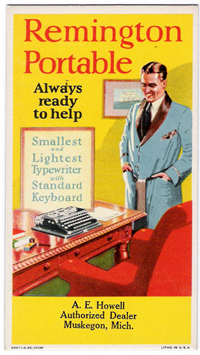 Why did we hang onto it? I’d like to think it was more than just for nostalgia and the fact that having a typewriter in a content agency seemed à propos. This Remington ‘portable’ typewriter is a great reminder that content creation is as much about the creativity as it is about mastering the tools of the trade, however long those tools might be relevant for.

It is also a reminder that we now live in a world where technological obsolescence is a reality.

Whether it’s software or hardware, technology has a very short shelf life and learning to adapt to new iterations of it is a prerequisite for survival for creative agencies. Today our typewriter may sit idle, but it nevertheless plays its part daily to serve as a reminder that great content can be timeless even if the tools may not be.

Publishing has come a long way since the birth of the ‘modern’ typewriter just over a century and half ago. The launch of the iPhoneX comes at a time in the world when creating multidimensional content and sharing it instantly to the world will soon become the norm. Similar to the typewriter in its heyday, however, publishing technology today continues to remove barriers to content creation. A decade into its lifespan, the iPhone really did “change everything” by putting immense content creation and storage abilities at everyone’s fingertips. For that reason, the iPhone’s fingerprints are all over modern content. Case in point: the photo of the typewriter was captured on an iPhone.

The reason we chose the name Sparx (pronounced ‘sparks’) with an ‘X’ is because there is something esoteric and elusive about inspiration. Yes, we chose to associate our brand with that moment of inspiration that excites creatives and entrepreneurs alike. But we wanted something more than that, and clearly we’re not the only ones on that same train of thinking. Apple’s choice to brand their iconic smartphone with a Roman numeral rather than 10 conveys something more promising than a simple (albeit significant) number. And they’re clearly not alone (amirite SpaceX?).

For us, the ‘X’ symbolizes a creative element that transcends the technology and tools. And yet, for all of its promise of ingenuity, it is surprisingly ubiquitous in the structures that support our modern world. Look at bridges and beams in buildings and there’s an X somewhere nearby working hard. Again, the irony is not lost on us that this post was written using a Thinkpad X1 on a desk chosen specifically because of the X beam in its design. The ‘X’ is a paradox of known and unknown, a variable and a certainty, a symbol of bringing forces together.

Whatever the ‘X’ factor is in in the world of content production, we believe it rests on being interesting and that notion is very much at the soul of Sparx Publishing Group.

Whether it is a blinking cursor, a blank sheet of paper, or just a thought that is about “something”, we see the world as X full, and we look forward to starting there, even if it is with the unknown.